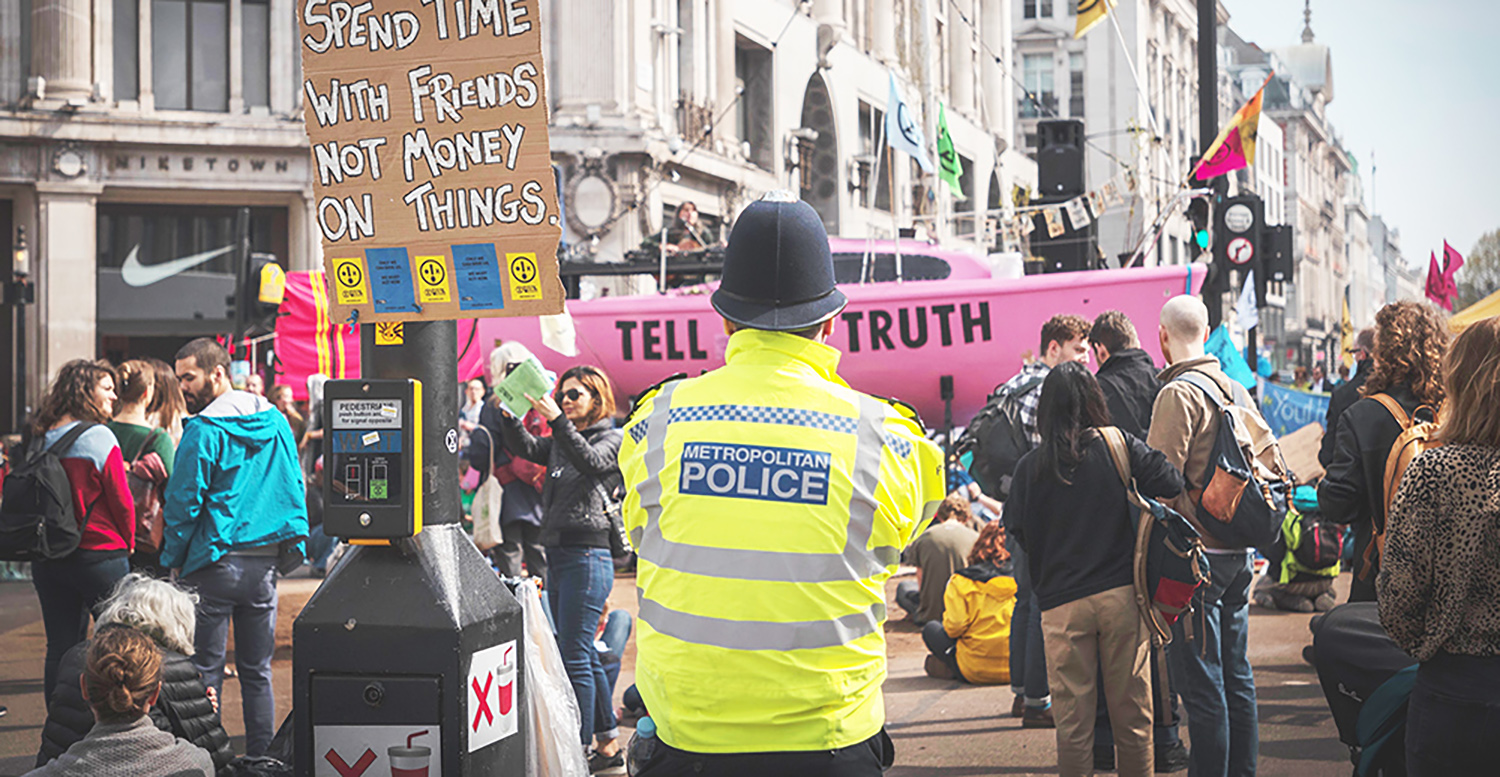 A new world is in sight

What we can learn from the Extinction Rebellion

It’s been hard to avoid the Extinction Rebellion (ER) protests.

In some cases, quite literally so. If you work in a major city, you've likely come across one of the group’s sit-in protests.

In the name of a better future, the protestors hold sit-ins in city centres and public squares and do staged actions like glueing themselves to commuter trains. These protests are intended to disrupt business as usual and to spur action on climate change. ER activists argue the current targets are insufficient and lack urgency.

Whatever your opinion of the protests, there can be little debate over their success. Together with the BBC’s Attenborough documentary and the Greta Thunberg-inspired school strikes, there has been a surge in public concern about the environment.

The dial has moved and climate change is no longer a fringe or boutique concern. It’s now firmly established as one of the top five issues facing the country today. The old way of life is increasingly at odds with what people want, let alone expect.

It’s been fascinating to watch this dynamic unfold at such a large scale. In many ways, the seismic shift in the public’s perception of climate change shows change is possible. A similar change of mood is occurring in banking and finance, too.

Over ten years since the financial crash, a majority of Britons still do not trust financial institutions. Despite this breakdown in the relationship, the unhappy situation endured as a viable alternative failed to take hold.

The anti-establishment, decentralised cryptocurrencies movement were a valiant attempt at transcending the status quo. The future may well have been altered by it's positively charged intentions. But it never quite registered in the mainstream and the banking status quo chugged along.

The biggest barrier to change is often the simple lack of a better option. As Alexei Yurchak described in his book “Everything Was Forever, Until It Was No More”:

What the ER protests and the fintech revolution and regulatory changes like Open Banking have done is provide a jolt to people’s consciousness. Suddenly, different ways of working and living seem attainable. The shift in opinion and consequently thinking charts a new direction.

To compare finance to climate change is apples and oranges, of course -- but there’s a universal kernel of truth embedded in what’s happened in both instances. The public no longer fears systemic change like they used to.

The horse has shot out of the gate. The entrenched ways of doing things are untenable and anachronistic. And businesses and banks who cling tightly to what was rather adapting to what’s coming will struggle.

It doesn’t have to be apocalyptic, though! The new world of finance is taking shape already. Best of breed financial solutions are emerging from a myriad of institutions, changing the business finance landscape for SMEs.

This is a story of progress, not regress. We’ve witnessed it first hand at Capitalise: As high street banks have closed almost 3,000 branches across the UK between 2015 and 2018, accountants have stepped up to the plate as sources of trusted financial advice.

Aristotle famously said that nature abhors a vacuum. An incipient void, he argued, would always be filled by something. Aristotle’s simplistic grasp of physics aside (he did live over two millennia ago, to be fair!), we can find comfort in this idea.

Yes, the old way is disappearing -- but what’s next won’t be a featureless void. Something else will fill it. What ‘it’ is doesn’t have to be bad. It could be better, kinder, simpler and more efficient, too.

For banks and businesses, the cold pursuit of profit will no longer suffice. As Colin Mayer argues, the monomaniacal focus on maximising shareholder profit pervades our thinking and teaching about business but it has harmed “our economies, environment, politics, and societies”.

This is not a time to be frightened or to shirk our responsibilities. Thanks to an awakening of our collective imaginations, it’s not only possible to envision a better world but to actively take part in making it a reality.

Take an active part in the new work of accounting, become the Bank Manager 2.0