Cryptocurrencies: What you and your business need to know

Cryptocurrencies are a hot topic.

Like any nascent technology, their emergence has been characterised by a wall of hype and mythology that can, at times, feel insurmountable for those of us who don’t live and breathe cutting edge financial technology.

But there really isn’t anything to be worried about. Cryptocurrencies – and the technology that underpins them – aren’t all that complicated. Simply put, they are a new breed of electronic currencies that promise faster, quicker and more secure payments.

The underlying technology creates layers of encryption, built one upon another, anonymous, unique and secure. Every layer is stored infinitely on a public distributed ledger, the (now ubiquitous) blockchain, and every cryptocurrency holder has a key that authenticates their identity, allowing them to buy and sell currency.

The origins of blockchain technology date back to the 1980s and cryptocurrencies are a relatively new application of this technology. Bitcoin, the now infamous cryptocurrency that seems to capture all the headlines, was invented in 2008 when Satoshi Nakamoto (whose real identity remains unknown) unveiled a whitepaper detailing a new electronic currency that combined decentralised control, user anonymity and record keeping on the blockchain. In 2009, a small group of fans began ‘mining’ bitcoins. Fast-forward eight years, and the market capitalisation for all bitcoin in circulation today exceeds $70 billion.

Why is everybody talking about cryptocurrencies?

At first, bitcoin was the domain of tech enthusiasts and people lurking in the Dark Web. But cryptocurrencies have now entered the mainstream, with multinational banks and corporates investing heavily in technology for digital currencies.

Indeed, employees of Fidelity, the behemoth mutual fund, can now use bitcoin to pay for their lunch in the company cafeteria and Deloitte is the proud owner and operator of a bitcoin ATM. These PR gimmicks reflect a deeper determination on the part of global companies to position themselves as a digital currency pioneers.

An entire ecosystem has sprung up around cryptocurrencies and there are now a plethora of currencies and exchanges, with new initiatives coming online every day. Some retail merchants are even beginning to accept digital currency in exchange for goods and services. And there are already Reddit forums dedicated to crypto-accountancy.

What are the implications for your business?

Do you need spend more time swatting up on cryptocurrencies?

The short answer is, not yet. Whilst the technology has been around for close to a decade, it’s still emerging. In fact, the ascent of cryptocurrencies has left regulators scrambling to provide guidance on how they should be accounted for and taxed. Some countries treat them as foreign currency, some as a service, and others, as property. As market penetration is still tiny relative to traditional fiat currencies, regulators have time to feel their way and decide on the best course of action.

At this stage, you shouldn’t fret about accepting cryptocurrencies as a payment method. Whilst some merchants are starting to come online with technology in order to capture the custom of technologically savvy consumers, the vast majority of consumers continue to use traditional currency and will do so for the foreseeable future. It seems likely that when cryptocurrencies achieve ubiquity, they will also have been integrated with existing payment systems anyway, providing business owners with a seamless transition.

Should you be using cryptocurrencies to finance your business?

In recent months, a new fundraising method that uses cryptocurrencies to raise capital from investors has exploded. Initial Coin Offerings (ICOs) grant investors tokens in exchange for digital currency Bitcoin, in lieu of shares. In the first half of 2017, $1.2bn has already been raised by start-ups via this channel, although American regulators recently ruled that such transactions sometimes fall under existing (onerous) securities regulations, raising significant questions marks concerning the suitability and legality of this financing method for start-ups. ICOs are best left alone for the time being, until the regulatory regime in the UK provides clear guidance to entrepreneurs looking to raise capital.

Going forward, blockchain will have a positive impact on P2P lending and access to credit, with cryptocurrencies joining mainstream business finance and expanding the range of options available to business owners. Using Bitcoin as a payment network, independently from the banking system, will enable lenders to cut costs for customers and create a truly global lending marketplace where anyone can send digital money around the world in seconds.

Here’s what you need to know. The Blockchain revolution has significant implications for businesses large and small, but changes will likely be gradual, imperceptible, integrated with existing products and services. So stop worrying about cryptocurrencies, and start getting excited about the possibilities. 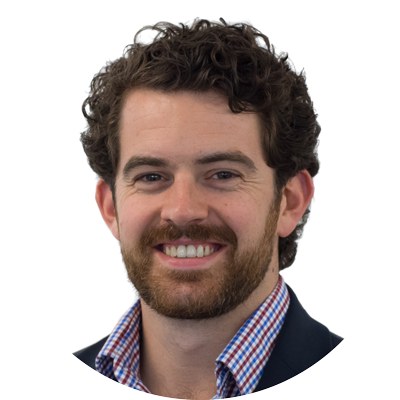