The DNA of a successful entrepreneur

What characteristics give an entrepreneur the best chance of success?

With the number of small businesses and startups in the UK on the rise, the amount of people trying their hand at being an entrepreneur continues to grow.

But what characteristics give an entrepreneur the best chance of success? What common features bind the DNA of great entrepreneurs?

With help from some of those who changed the world, we take a look at five characteristics that all successful entrepreneurs have in common.

Whether you’re opening a corner shop or building the next Facebook, you need creativity. It’s the spark that lights the fire. Entrepreneurs are the inventors of our age, willing to think about new ideas when others are unable or afraid.

As entrepreneurs progress through their careers, the ability to think creatively is called upon time and time again, because running a business is all about problem solving. And you can’t solve problems unless you’re thinking creatively.

Throughout his life, Jobs challenged the status quo and pushed creative boundaries. His relentless pursuit of creative solutions to technological problems led to the democratisation of computing when he created a machine so intuitive and so wonderfully designed that everyone – even technophobes – embraced it.

As a result of his creativity, he changed the world.

Steve Jobs says: “Creativity is just connecting things. When you ask creative people how they did something, they feel a little guilty because they didn't really do it, they just saw something. It seemed obvious to them after a while”

Like creativity, curiosity is crucial in getting started as an entrepreneur. It’s also vital in maintaining an edge over the competition, as it is curiosity that allows you to think laterally and loftily in pursuit of innovation and progress.

Great entrepreneurs think laterally as they try to find solutions to the problems that face their business, as well as seeking new opportunities by trying to understand the wider world around them.

Not satisfied with revolutionising the world of payments (Paypal), Musk decided to develop implantable brain–computer interfaces (Neuralink) before he thought it might be a good idea to put man into space (SpaceX). Amongst other schemes, he’s now trying to establish a human colony on Mars.

The list of his talents and ambition is endless and indefinable. What is definable is that Musk never limited himself. It’s his curiosity that’s made him the world’s most celebrated entrepreneur today.

Elon Musk says: "I would like to die on Mars. Just not on impact."

Successful people, in business or any walk of life, are courageous.

Being an entrepreneur is hard and there will be countless moments when giving up is the easier option. The courage to continue, even when the odds of success are stacked against you, is vital to becoming a successful entrepreneur.

Without courage, don’t start. With courage, you’ve got a chance of success.

OK, she’s not an ‘entrepreneur’ in the purest sense. But Rowling’s success building a multi-billion pound empire from nothing is almost unparalleled. And, as with all great entrepreneurs, it could have very different.

Rowling was a single mother, living hand-to-mouth in a one bedroom flat writing a book about a child wizard. Without the courage to follow her dream, she wouldn’t be the billionaire author she is today.

Harry Potter says: "I'm going to keep going until I succeed — or die. Don't think I don't know how this might end. I've known it for years."

Like courage, without passion, don’t bother. If you aren’t fired up by the challenge of starting and growing your business, do something else. Passion is the oxygen that fuels the fire of entrepreneurship and, without it, customers, investors and colleagues will sense your uncertainty.

If you aren’t fully committed and passionate about what you’re trying to achieve then the stress and problems that build will be the reason for your collapse.

Dyson is a man who, without passion, would have given up many years ago. But he would be the first to tell you that giving up was never an option, because invention was what he was born to do.

With a burning passion for invention, engineering, design and problem solving, Dyson worked furiously to reinvent the vacuum cleaner, his initial model taking 5,127 different tweaks and modifications between 1979 and 1984 before it became a commercial success following years of rejection by retailers worldwide. Thanks to his passion, he persevered.

And the rest, as they say, is history.

James Dyson says: “In order to fix it, you need a passionate anger about something that doesn't work well.”

The above four characteristics are non-negotiable. You have them or you don’t. Luck, however, is beyond your control, but you’re going to need it along the way. All great entrepreneurs would agree.

Without it… Jobs wouldn’t have met Wozniak during gym class in high school. Zuckerberg wouldn’t have noticed the value of Friendster, ripped it off and launched his own version. Henry Ford might’ve built a faster horse.

You can’t guarantee luck, but if you run your business with creativity, curiosity, courage and passion, you can improve your chances of being a fool to its fortune.

Who? Every entrepreneur ever.

Richard Branson says: “You need lucky breaks... To create a business, it’s really hard work. But lots of people works hard and don’t succeed. And, so, those of us who have succeeded need to thank our lucky stars for the breakthroughs that got us to the top."

Looking for business finance? Capitalise.com enables businesses and their advisers to find, compare and select lenders for loans between £25k and £2m. 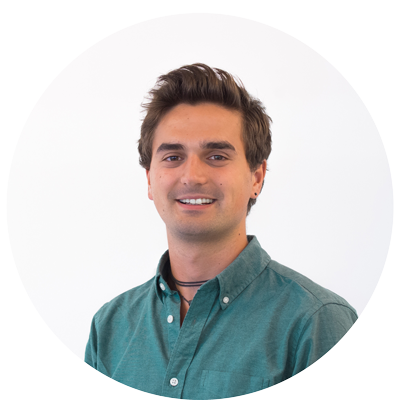 As Head of Unstructured finance, Nick uses industry expertise to help support our partners and their clients with access to funding. Nick can be contacted at 0203 696 9702 and at nick.richardson@capitalise.com