A sign of the times: Facebook’s Libra offers a glimpse of the near future

Facebook reveals its intentions to create an alternative financial system.

There’s the old phrase that when America sneezes, the rest of the world catches a cold. The implication being that the US is so big, so powerful, that its movements can’t help but ripple outward.

In a limited sense, the same can be said about Facebook. Mark Zuckerberg’s social media behemoth occupies a powerful position not only in the global digital economy but in our culture. So when it makes a big announcement, the world sits up and takes notice.

Most recently, Facebook announced its intention to create Libra, a blockchain-based digital currency. The concept of digital currency isn’t new, of course. Bitcoin has been with us for years, but if the social media giant’s foray into digital money is successful, it would go a long way towards mass adoption.

A couple of things to note here, however: Libra is not a cryptocurrency, despite what press might think. It doesn’t rely on ‘mining’ like Bitcoin, and it’s not underpinned by a distributed, decentralised community.

Libra’s aim, according to Facebook’s David Marcus, is to "address the anomaly...that 1.7 billion people are completely unbanked, despite a billion of them having mobile phones". A noble aim indeed, and Marcus, who leads Facebook's Libra company, Calibra, is correct that financial inclusion is an absolutely essential part of building a better world.

Libra is a prepaid token, guaranteed on a one-to-one basis by the state-issued currencies consumers would use to buy them (a so-called ‘stablecoin’). Bitcoin it ain’t. Still, despite swerving cryptocurrency’s more controversial, unregulated aspects, Libra’s announcement prompted substantial hand-wringing from regulators. 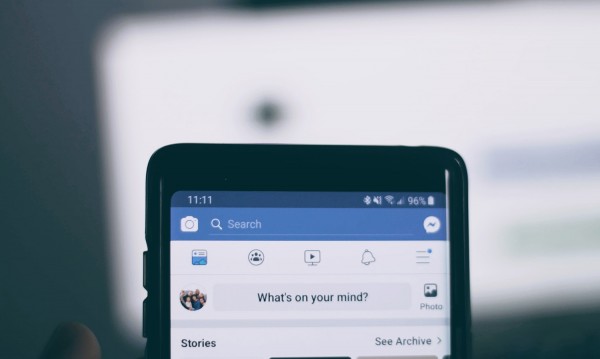 So much so, that Facebook admitted in its latest quarterly report to the U.S. Securities and Exchange Commission (SEC) that Libra might never see the light of day. The many regulatory barriers Libra will face in the US and across the world, Facebook said, means “there can be no assurance that Libra or our associated products and services will be made available in a timely manner, or at all.”

In July, the chair of the US Federal Reserve told Congress that he had "serious concerns" as to how Libra would deal with "money laundering, consumer protection and financial stability”.

It’s easy, perhaps, to jump on the bandwagon and take potshots at Facebook and Libra. But much of the analysis of Libra has failed to notice the bigger picture. Indeed, as Facebook admitted, Libra mightn’t ever make it to market -- but the idea that animates it is powerful and bigger than one company.

“What if everyone was invited to the global economy, with access to the same financial opportunities?”

Instead, it's another sign of a new paradigm that's blossoming within the financial structures we have today. The founding question behind Libra, which talks about access to financial opportunities, will likely spark something in most business owners.

Perhaps there are improvements you need to make, or an idea you’re keen to pursue that could make your business more profitable -- but what is holding you back is, to put it simply, a lack of resources.

Facebook’s question is a cogent one, and one that Capitalise has also asked since the day we were founded. How we approach the answer is, of course, quite different. Instead of creating a single mechanism, Capitalise is about infrastructure.

You tell us what you need and our technology finds it. We’ll scour 100 banks, alternative providers and independents to make intelligent matches. Instead of just creating new confines, the aim really should be to liberate businesses from existing ones.

So yes, maybe Libra might fail, and perhaps it’s a misguided answer to the right question. But it’s a bellwether for what’s to come. Finance and banking are being transformed, with or without Libra.

Start your funding search through over 100 lenders now.

Paul Surtees is Managing Director and Co-founder of Capitalise, a fast-growing company that matches lenders and products to businesses seeking funding. As an equity investor and mentor for small businesses, Paul recognised the various challenges SMEs face when trying to secure funding and founded Capitalise to give them easy access to lenders and the power to choose their funding solution.